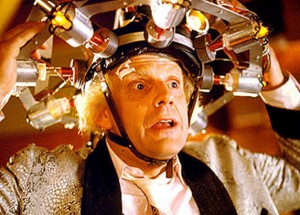 Is this an SAT Passage author?

In part 2 of our report on the October 1, 2011 SAT, (part 1 is here) we’ve decided to answer the question, “From where do they get those crazy stories?”

If you’re like us, you’ve wondered where they dredged up the reading passages they use on the SAT. Were they some crazy 100-year-old professors of Shakespearean literature creating these passages? Or perhaps they hired some psychologist — one who specializes in torturing teenagers — to design these new unique ways to get under your skin. In truth, the passages are works of literature that have been written and published, typically, in the last century. Some have come from the hallowed halls of academia and some have come from popular culture (one test featured Amy Tan’s The Joy Luck Club).

College Board does us the favor of choosing all passages from previously written modern works. Depending on how much you read you may even come across a passage you know. One big thing to keep in mind about the passages is that the College Board will often edit them for content, style, or length, so they might not be in the exact format you’ve seen them in previously.

On October 1st, the SAT used several passages that we were able to find on the internet. If you are taking the SAT in the coming months, you can start preparing for the test by reading works that are written on a similar level to these and by learning how to understand them. Also, it’s great to use these passages as sources of new vocabulary.

Without further ado, here are the passages the internet was kind enough to share with us.

I seem to have spent a lot of time lost: I’ve been lost in the jungles of South America and Africa, lost in the Arctic, lost at sea, lost in the caves of Kentucky and even lost atop a mountain I can see from my front door. I’m a master of inept bushwhacking…

…I was captured at the bottom of the escalator and scolded in such a way that I felt absolutely loved. It is a sweet memory, this tearful reunion, but I also recall a sense of some small disappointment: It would have been nice to have been lost just a little while longer.

Two weeks went by before they threw in Bobby Dove to live with me. He took almost a week to truck in all the books and machinery that went along with him. His correct name was Robert Dove Fleece. He …

… “Go ahead, have a blast at me. Everybody else has. Easy stuff! Just one thing: I am a meatball at heart, a red meatball.” “I wanted to get along,” I said.

Ella Baker and the Black Freedom Movement by Barbara Ransby

Ella Baker spent her entire adult life trying to “change that system.” Somewhere along the way she recognized that her goal was not a single “end” but rather an ongoing “means,” that is, a process.

… To tell her life truths with all their depth and richness is to affirm her humanity and all that she was able to accomplish, because of and at times in spite of who she was. There are vital political and historical lessons to be gleaned by looking back in time through the lens of Ella Baker’s life.

On a cool spring morning a quarter century ago, a place in Pennsylvania called Three Mile Island exploded into the headlines and stopped the US nuclear power industry in its tracks. What had been billed as the clean, cheap, limitless energy source for a shining future was suddenly too hot to handle.

… And nuclear is our best hope for cleanly and efficiently generating hydrogen, which would end our other ugly hydrocarbon addiction – dependence on gasoline and diesel for transport.

So here it is — what the beautiful people at the College Board like to use as source material for the SAT. Unlike the first two excerpts that were only mildly edited when they appeared on the SAT, as far as we can recall the Ella passage was significantly shortened and altered quite a bit.

Hopefully this gives you an understanding of what you should be reading to get yourself ready for the SAT. Here are a couple online resources that may help you get ready for the SAT and college:

Let us know if there are any other resources that you love and want to share! And of course, when you are ready for SAT preparation come check us out either in a course or at a free sample class!